At CleanSource, we were hearing about great success stories using Chlorine Dioxide to tackle serious odor problems.  We brought the product in and sell it for solving small to large odor situations.  ClO2 is packaged in powdered tablets and 2-part packets.  It is a product that off gases when diluted in water.  Here is a good article with more details on Chlorine Dioxide.

Even for restoration and remediation pros, odor elimination can be a tough challenge with lots of variables. The wide variety of odor sources along with the subjective nature of what constitutes a “bad” odor can complicate the process of diagnosis, treatment and evaluation of efficacy. Now, advances in the technology of producing and applying Chlorine Dioxide (ClO2) have made odor elimination more effective and predictable than ever before. Some restoration pros are discovering that ClO2 expands their capabilities and opens new profit opportunities.

The History of CIO2

For 100 years, ClO2 has been used as a disinfectant for large scale projects such as civic water treatment. But it wasn’t until recently that technological advances have made it cost efficient to produce ClO2 in both small or large quantities, making it ideal for jobs of any scale. This advance paved the way to the discovery of ClO2 as a powerful new way to eliminate a wide variety of odor types.

The Science Of ClO2 & Odor

The olfactory receptor (OR) cells are neurons present in the olfactory epithelium, an area of tissue in back of the nasal cavity. Millions of olfactory receptor neurons act as sensory signaling cells. Each neuron has cilia in direct contact with air. The olfactory nerve is considered the smell mediator; the axon connects the brain to the external air. Odorous molecules act as a chemical stimulus. Molecules bind to receptor proteins extended from cilia, initiating an electric signal.

So, basically, the biology of the human nose means a key to truly effective odor control rests in the elimination of odor-causing molecules, not by attempts to mask them. That’s why ClO2 is so unique. ClO2 literally obliterates the molecules of odor-causing compounds, physically changing their chemical structure. Then, ClO2 naturally dissipates when exposed to daylight, taking the odor with it and leaving no harmful residues. (See chart at the top)

Since ClO2 can be produced in both liquid and gas form, it is flexible to use on a wide variety of odor challenges. Liquid-form ClO2 is sprayed directly onto to effected areas with an electric sprayer to soak the offending molecules. Gas-form ClO2 reaches into hidden nooks and hard-to-reach areas (such as crawl spaces and HVAC systems) to eliminate unseen odor-causing elements.

At my company, ProKure1, we believe the professional restoration industry has so far just scratched the surface of discovering the benefits ClO2.   We encourage pros who are interested in expanding their capabilities or staying on the leading edge of odor elimination tech, to test ClO2 for themselves. 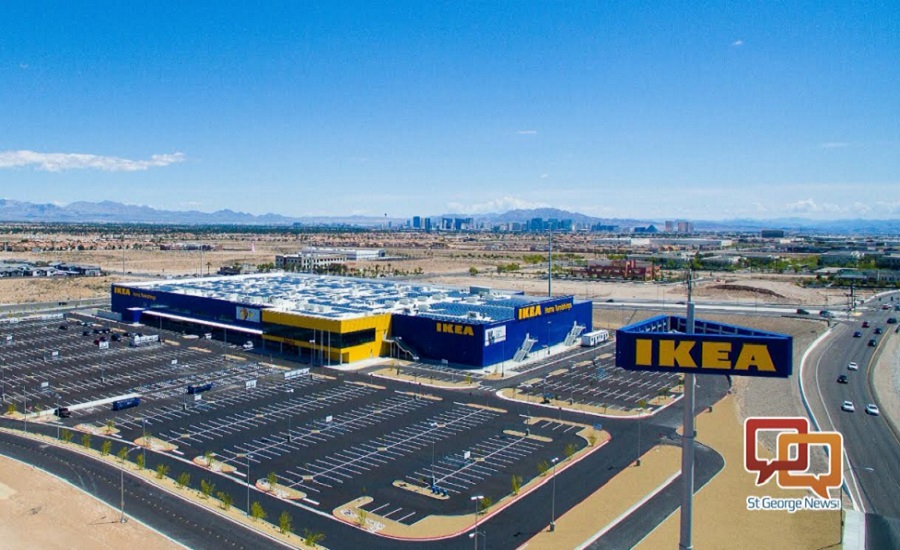 Here’s real life example of ClO2 in action. An air conditioner fire threatened to delay the grand opening of a new IKEA furniture store. Instead, in less than 12 hours, the odor was eliminated and everything was back on schedule, thanks to ClO2. Since the fire affected the HVAC system, the odor challenge was even tougher because it can spread or reoccur. A local restoration pro named Jeremiah Cox was called to job, assessed the situation and recognized it as a perfect case for ClO2.

Cox chose the ProKure1 Deodorization & Disinfection System to produce ClO2 liquid and gas. First, ClO2 liquid  was applied directly onto the fire area as well as onto the racks that hold air conditioning equipment. Next, ClO2 gas units were deployed throughout the large 9.3M cubic foot space. Not only was the smoky smell fully eliminated, the project was completed in less than 10 hours. Cox started treatment at 7:00pm. By 4:30am the next morning, he handed back the building odor-free with his client’s hygienist’s approval.

With traditional methods and products, the job could have taken weeks and cost hundreds of thousands of dollars in labor, cleaning and hydroxyl costs. Instead it was completed in hours at a fraction of the expense. Cox summed up his feelings about the performance of ClO2 two words: “I’m amazed!”